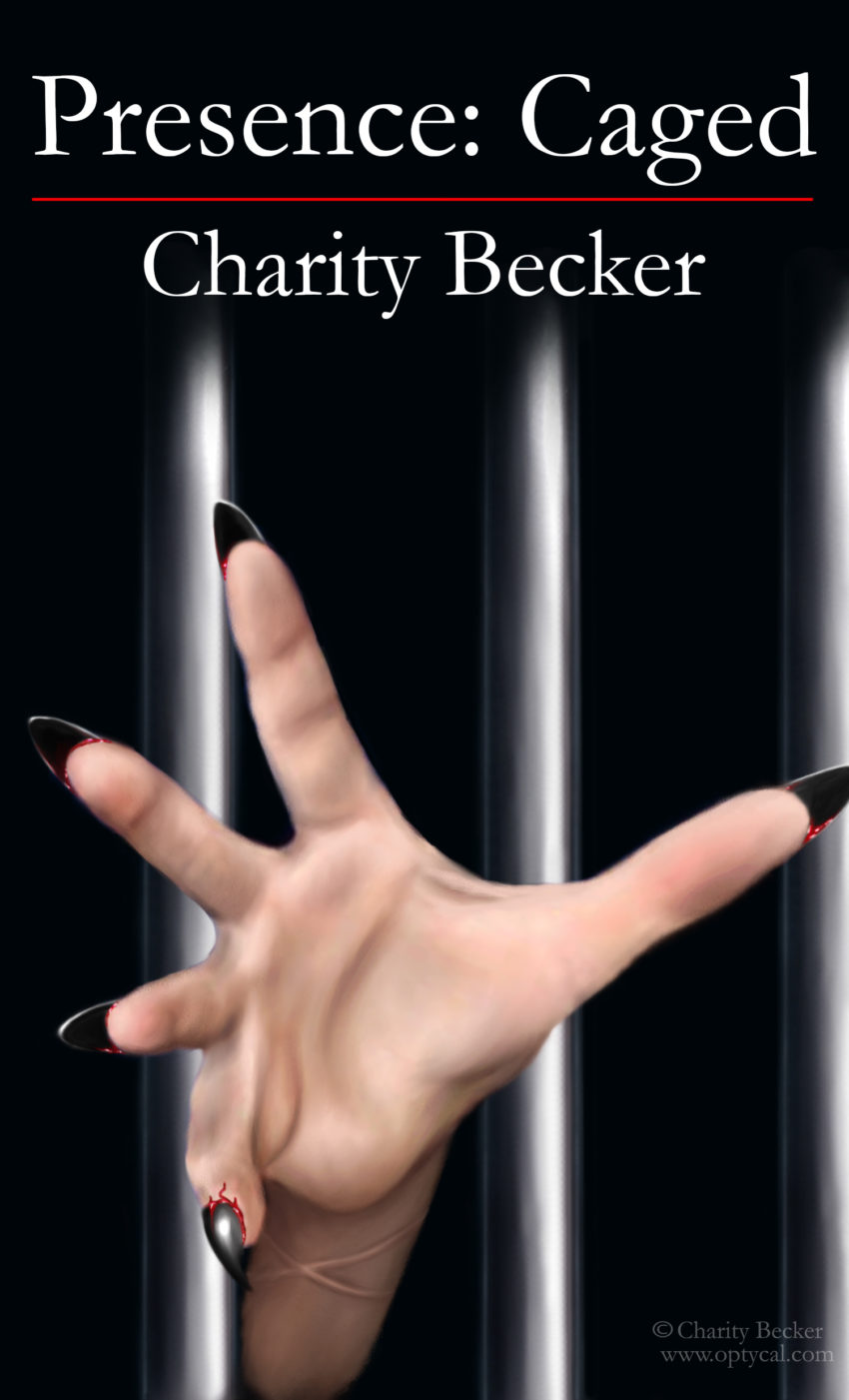 Dark times are ahead for Mina Jewel and those she holds most dear. The return of an old nemesis, impossible creatures stalking the night, and a major threat to every Lycan in Washington State all converge to send Mina spiraling out of control.

But that’s only the beginning.

If Mina can’t put the pieces together and solve these mysteries quickly, it won’t be only her Lycan comrades that suffer. Presence is in imminent danger, and if Mina fails, it’s only a matter of time before the surreptitious organization meets its demise.

War is coming, whether Mina is prepared or not.

There’s no way to save them all, but how will Mina choose who lives and who dies? And can she live with herself after the dust finally settles?

Read on for a free sneak peek!

It was supposed to be a simple snatch and go case. Get in, get the kid, get out. But it didn’t end up that way. I wasn’t supposed to be covered in the little boy’s blood. I wasn’t supposed to be kneeling at the foot of a psycho about to blow my brains out. But, here I was, just like that. It seemed as though there was a certain theme to my life; you’d think I’d be used to it by now, all the failures and poor planning and the plain old bad luck.

Once again, my plans had gone to shit. I could take the low road and try to make excuses—my head throbbed from sleepless nights, my veins burned from a raging infection, my muscles were weak and achy, and I hadn’t eaten a real meal in a week—but that’s all they’d be. Excuses.

The truth of the matter was that I’d been sloppy, and now the boy was dead and this crazy motherfucker planned to take me out next.

The man paced the room in front of me, his pistol pointing my direction the whole time, faint, ambient light casting strange shadows about the room. Every so often his attention would flick around his shabby living room, his eyes focused on the doors, as if expecting someone to come in at any moment. The glance was never long enough for me to jump up and take him off guard, or for me to draw on any of my gifts and make my saving throw. No matter how fast I was, a bullet would always be faster than my Fury or my wolf. So I knelt on his grungy, brown, greasy carpet with my hands behind my head, helpless, wondering when my end would come.

Death didn’t scare me. I’d technically been dead a couple times before, and it really wasn’t all that bad. It was the coming back that hurt. And the recovery. Oh, and the endless lectures from Justice and Bernie. But I knew that if I died tonight, there would be no mystical revival, no magical rising from the grave. Even though this time people did know where I was, considering the lunatic in front of me was a cannibal, even if Presence found my corpse while it was still warm, would I really want to be brought back to life with slabs of flesh missing?

Worse yet, if I died, I knew my brand new sweetheart would spend the rest of his life avenging my death and mourning my loss. He didn’t need any further tragedy in his life, no added complications to an already stressful existence, and so I’d have to be sure to make it out of this fiasco alive.

The man stopped pacing and stared down at me, his grease-smudged face contorting in confusion. “Huh?”

Gotcha, sicko. Just keep talking. “If you had all the time in the world to prepare human meat,” I asked, “would you keep eating it raw, or would you cook it first?” It took everything I had to keep my voice nearly neutral asking these things. I was sure there was an edge of tension in my tone, but overall, I think I pulled off the nonchalant card pretty well, considering the situation.

The gun lowered ever so slightly as the man tipped his head to the side and searched my face. It was too dark to see many details, but I could make out the frown lines around his wide mouth and the worried wrinkles between his bushy brows. Dark eyes glinted in the low light, winking out of existence every few seconds as the man blinked.

“Cooked,” he finally answered, the gun moving lower again, but still pointing toward me.

If he fired now, it wouldn’t be a head shot. Maybe my neck or collarbone. A neck wound would kill me, especially if that bullet was silver. But a shattered collarbone? If I could survive a broken collarbone at the age of ten, I could definitely take it in my thirties.

I was still contemplating my chances of survival when he jerked the pistol up and then lowered it again. “Why do you ask?” A slow smile spread across thin lips as he added, “Hungry?” with a single raised eyebrow.

Before I could answer or even gulp down the revulsion rising in my tight throat, the man sidestepped to the edge of the room where a small, frail form lay in the shadows. My eyes widened involuntarily and my muscles tensed, but I stayed silent.

He toed the motionless shape on the floor, his gaze never leaving my face. “There’s no electricity in here, but I’ve got a camp stove in the truck and a full tank of propane. I could cut you off a slice, sizzle it up nice and tender. . .”

Without warning, the man was in front of me again, the cool barrel of that gun pressed to my temple. “Then why ask? I’ve half a mind to cook that boy up right in front of you and make you eat a piece.”

Spewing vomit in the freak’s face would have been strangely satisfying, but only until he lost his temper and shoved the gun in my mouth. So I swallowed the sickness down and stared up at the lunatic now waving his gun in front of my face.

He straightened, as if coming to his senses, the barrel now aimed steadily at my forehead. He said, “I guess it’s lucky for you I don’t like to share.” Sniffing deeply and squaring his shoulders, he locked his aim and closed one eye.

Before his finger could touch the trigger, the door to the left burst open and a swirl of black mist knocked the madman off his feet. My brain didn’t have time to register everything that happened after that, but I didn’t need to think. My wolf side kicked in, instinct forcing me to roll to the right. A safe distance from the roiling battle across the room, I jumped to my feet and moved toward the boy.

Though the cannibal had said the child was dead, I had to check for myself. Silently praying to a god who’d never listened before, I touched trembling fingertips to the boy’s fragile, blood-slick neck and held my breath. Even my heart seemed to pause its fevered tempo, waiting to see if the child still lived.

There, just barely strong enough to feel, a slow, tired pulse fluttering beneath my shaking fingers.

“Gabriel!” I shouted, my heart thundering to life, speeding adrenaline through my veins.

The sounds of struggling faded away, and the touch of a cold hand on my shoulder made me flinch.

Without turning from the boy, I nodded, my fingers brushing soft, blond curls from his angelic, chubby face.

“You did good, Mina,” Justice said. “Let’s get him to Divine Hope.”

written by +Charity Becker in Books by Charity becker