Presence: Into the Dark (Presence Series 4) 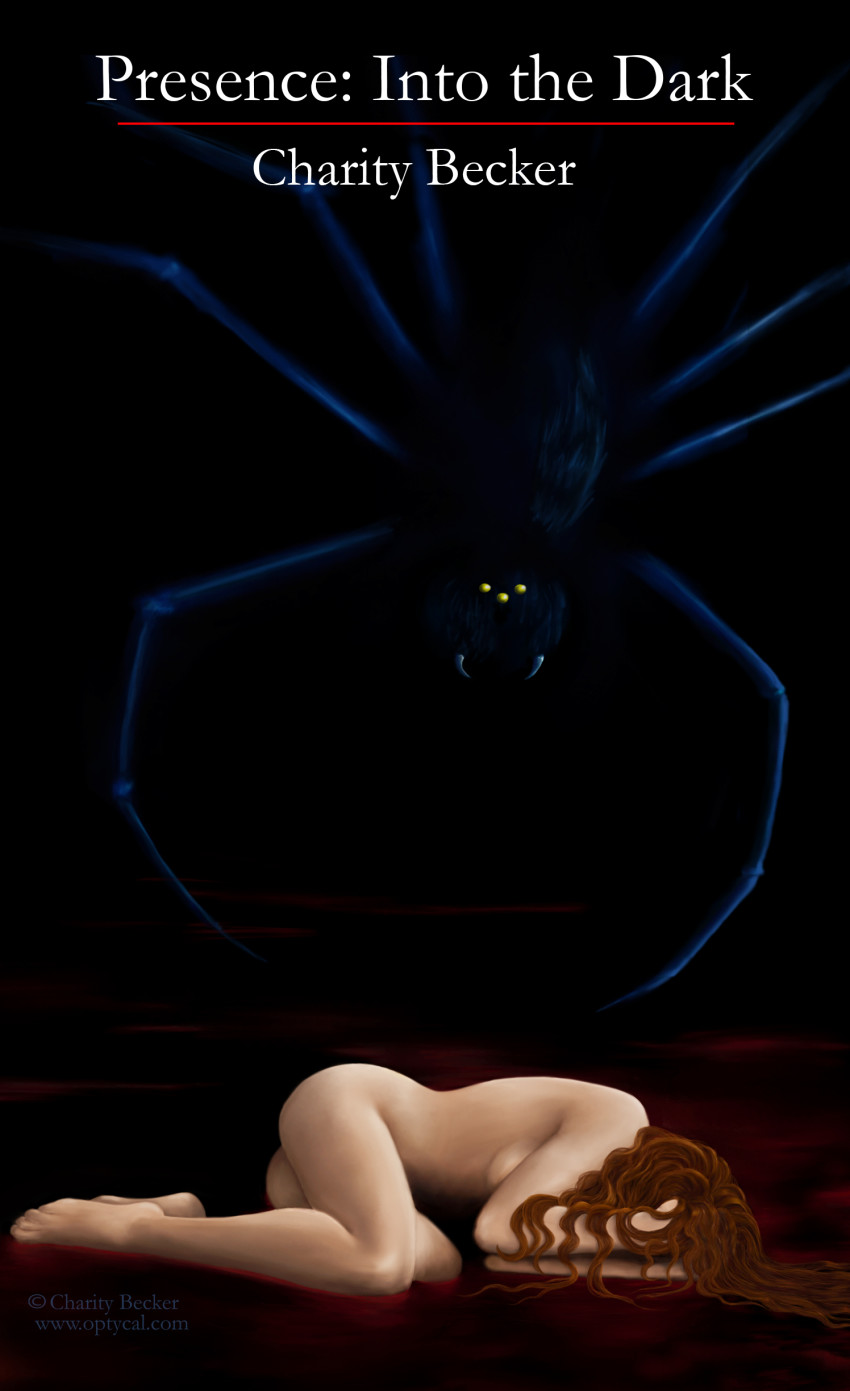 Presence: Into the Dark (Presence Series 4)

Someone is messing with Mina Jewel’s head, and she’s about to crack. Desperate for a solution, but worried about backlash if her hunch is wrong, Mina steps outside of Presence to seek answers to an impossible question. What she discovers will obliterate everything she’s ever known about Presence, her family, and herself.

But Mina doesn’t have time for self-pity or to rage at the world. The future of one innocent child hangs in the balance. To right the wrong, Mina must make a choice, knowing that lives will be destroyed no matter what she decides.

Read on for a free sneak peek of the first chapter!

“Will you walk into my parlour?” said the Spider to the Fly,

“‘Tis the prettiest little parlour that ever you did spy;

The way into my parlour is up a winding stair,

And I’ve a many curious things to show when you are there.”

For who goes up your winding stair can ne’er come down again.”

Spider and the Fly

Harsh words crashed through my sleep, yanking me to consciousness. As if to accent my sudden awakening, Thomas screamed, his tiny voice riding on the static crackle of a bad wireless connection.

My eyes snapped open and I sat up, my heart thundering in my chest. It took only a moment for my instincts to sharpen and I focused on the monitor receiver on the nightstand next to me.

“Stop it!” came the voice again.

The monitor lights turned from green to red, indicating a loud noise. . . or someone speaking too close to the transmitter attached inside the crib.

My stomach jerked at the thought of someone in my baby’s room, and my sluggish brain struggled to make sense of the situation. Justice was out on assignment and Timothy was hanging out with the other werewolves. That left Thomas and me alone in the house. At least, we should have been alone.

The blankets gave a soft rustle as I swung my legs over the side of the bed. I held my breath, listening to Thomas whimpering, his voice tinny and hollow over the monitor.

It was probably nothing. My little one had nightmares. I’d worried about him having bad dreams at such a young age, but Dr. Bernie Stevens had said it was just normal newborn stuff and he probably wasn’t having bad dreams at all. Even so, I could never quite shake the feeling that Thomas was truly in distress. It was that feeling that made me wake every night thinking I heard someone walking the hall toward his room, whispering to Thomas over the monitor, or laughing with sinister intent.

I rubbed my eyes and whispered, “Don’t be ridiculous, Mina.”

Surely, I’d imagined the gravely voice, the rough commands, the scraping sounds of something rubbing against the transmitter in the crib. Along with Bernie’s assurances that everything was fine, my logical side agreed and insisted that it was all in my head; I’d had this nightmare before and it always ended with me fully waking, realizing that nothing terrible was happening inside the room across the hall where my baby slept.

Well, my logical side could stuff it. It could throw sensible arguments at me all night long, but I’d still need to see for myself that Thomas was safe before I could settle back to sleep. Call it mom’s prerogative, call it paranoia; I was checking to be sure he was safe.

“Of course, he’s safe,” I whispered, feeling a little silly. Why wouldn’t he be? He was tucked in his crib right across the hall from me. Everything was fine. I just needed to see him with my own eyes before I could relax.

I’d just slipped into my bathrobe and started reaching for my bedroom door when Thomas’ squeal of terror struck me to the core.

Forgetting all my forced calm, I yanked the door open, took two long strides across the hall, and tore the nursery door open. I stepped inside the room in time to hear Thomas’ strangled cry cut short. My heart riding in my throat, I jammed my left hand against the wall and threw it upward to hit the light-switch.

Light flooded the small room. In those precious seconds as my eyes adjusted to the change in light, I saw my baby’s empty crib, shredded blankets thrown about the room, and Thomas’ tiny, pajama-clad legs kicking wildly as they disappeared into the darkness under the crib.

written by +Charity Becker in Books by Charity becker